A company in Sweden has begun implanting microchips into its employees.  The company, Epicenter, “offers to implant its workers and startup members with microchips the size of grains of rice that function as swipe cards: to open doors, operate printers, or buy smoothies with a wave of the hand.  The injections have become so popular that workers at Epicenter hold parties for those willing to get implanted.”  I wonder what could go wrong.  Party on!

North Korea is celebrating the upcoming shindig at Mar-a-Lago with the president of China in the only way it knows how–shooting missiles.  I guess someone didn’t get invited.

Something very bad just happened in Syria.  Either the Syrian government just bombed the province of Idlib with chemical weapons, or they bombed a rebel warehouse that contained them (or something else happened).  (The president of the United States seems to think that the responsible party in all of this is–wait for it–the previous president of the United States.)  In any event, the world seems to be getting impatient about being ignored by America.  Even ISIS felt the need to remind us all of their feelings.

You know what I could use?  A nice, low-stress chat with a thoughtful president of a quiet little country.  We may have AI on the way, but at least we aren’t cyborgs.  Not yet. 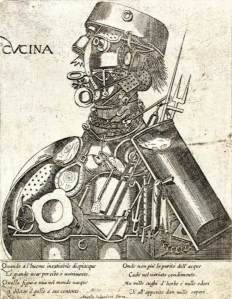